Our North Sumatra Tour schedule has us on Samosir island on a Sunday and it is programmed as a FREE day – a chance to rest, reflect and truly enjoy the magnificent surroundings.

But if you awake wide-eyed and bushy tailed then we STRONGLY recommend you bounce up, don some smart and conservative attire and go to church!

Why? Because if you don’t you may miss out on some enthusiastic and truly heavenly and music and harmony singing.

If we are lucky, true music lovers will experience shivers up the spine. Even the least musically challenged will likely realize they are hearing something special.

You will be welcomed at the church and may have a chance to meet, speak and make friends with some of the local people from this small, exotic part of wonderful Indonesia.

If you feel too awkward about entering, then find a place to stand or sit outside, or just walk by and let the sounds wash over you.

A good word to remember at Lake Toba is “HORAS” – it’s the traditional catch-all Batak word of greeting loosely meaning “hello and welcome” and also used to say “good health” or “goodbye” (and “bless you” after you sneeze). You will hear it often during our visit.

Should you find yourself enjoying a drink with new Batak friends then the word to use when offering a toast is “LISSOI”.

Samosir provides fascinating insights into the history, culture and traditional way of life of the Batak clans of North Sumatra and we see some of this during our visits to traditional villages around the island.

The Batak fall into six closely related sub-groups made up of extended family clans, namely the Toba (the biggest), Karo, Pakpak, Simalungun, Angkola and Mandailing.

Two Batak subgroups have converted to Islam, while the others have mostly converted to Christianity, mainly through the efforts of German Lutheran and Dutch Calvinist missionaries.

“Which clan do you belong to?” is usually the first question Batak people ask when they meet. They then quickly determine how closely they may be related.

The relationships matter when boy meets girl because of traditional marriage rules. Maternal cousins are considered an ideal match, but marrying a paternal cousin, or someone from the same clan, is taboo.

Marriage customs vary between clan groups but are elaborate with lengthy discussions between the families of bride and groom.

Typically there are both church and registry office ceremonies (the registration is required to give the marriage legal force under Indonesian law).

Traditionally no Batak marriage is considered complete until an elaborate traditional clan wedding celebration is held. This can involve hundreds of relatives and continue for many hours with singing, dancing and carousing.

Batak people generally are expected to marry Bataks. Should they wish to marry a non-Batak then the “foreigner” must first be “adopted” by Batak family and thus become an eligible marriage partner

Si Singamangaraja XII, the last priest-king of the Batak peoples of North Sumatra, was declared a National Hero of Indonesia in 1961 for his resistance to Dutch colonialism. Born in 1849, he led a lengthy guerrilla campaign against Dutch rule from 1878 and died in a skirmish with Dutch troops in 1907. This etching is taken from the 1980s series Indonesian 1,000 rupiah banknote. Adam Malik Batubara served as vice president of Indonesia under President Suharto for five years from 1978 and as a highly respect diplomat and Indonesian Foreign Minister for 11 years from 1966. A Mandailang Muslim Batak, he is credited with being an intellectual force in the Indonesian independence movement and a major figure in third world politics. Key achievements included President of the 26th United Nations General Assembly, a year as Speaker of the Indonesian parliament and helping to establish the Association of Southeast Asian Nations (ASEAN). 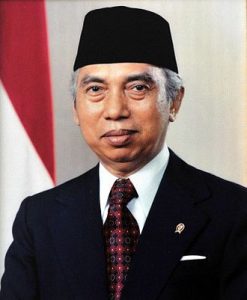 The estimated 8 million Batak people of North Sumatra represent about 3% of the Indonesian population and have punched well above their weight in shaping modern Indonesia.

Batak communities are strongly committed to education and a large proportion go on to professional careers throughout Indonesia as teachers, academics, engineers, civil servants and, especially, lawyers.

They have risen to national prominence in the military, the judiciary, politics, the bureaucracy, literature, the arts and music.

Batak bands and musicians are to be found throughout Indonesia and most countries of South-east Asia and Batak chefs hold key positions in the kitchens of many of the great restaurants of Indonesia, the region and the wider world.

But this is not surprising given the cultural cohesion, order, independence and self-confidence of this regional society that had its own Sanskrit-based writing system and international trading relationships hundreds of years before European colonization.

A different but good reason to beware of the dog!

Most of Toba’s Batak people are Christian and therefore, unlike Muslim Indonesians, they can eat and enjoy pork (babi) dishes.

But they also eat dog!

Dog will seldom be offered to Western visitors, but some local menus will list Babi Satu (pork 1) or Babi Dua (pork 2). So, when you dine out on Samosir Island or around the region remember that the Babi Satu (1) refers to dog meat!

That aside, a famous Batak pork dish you should try is Babi Panggang. Bite sized pieces of spiced and marinated pork are grilled or baked and served with a dipping sauce which may include pig’s blood as an ingredient. Don’t be put off – it’s delicious.

As to beverages, if you are feeling really emboldened, you may want to sample Tuak, the local palm wine or ‘toddy‘ made from lightly fermenting the milky sap of palm trees.

It has a tangy taste and about a 4% alcohol content when fresh (about the same as many beers).

To the Batak it’s a drink of celebration and a drink of life, served at weddings, funerals, festivals, parties and even after church on Sunday.

It’s a guaranteed opportunity to get to know the locals. With luck you might get to enjoy an experience like that of the visitor who made this video:

“We went to a restaurant on Samosir Island that turned out to be owned by Elisabet Sirait, the lead singer of a Batak group. After cooking and serving us a delicious dinner, she took a guitar and started singing. After a while more members of the group joined in – it sounded wonderful and provided an unforgettable evening.” – Hamarten

If you are feeling a little more adventurous and would like to check out some genuine locals at a Toddy Bar, you might just run into a group of young local men with voices, harmonies, a guitar, cigarettes and tuak or Bintang beer like those in the video below:

Many Batak people just love an opportunity to sing and they do it well with high close harmonies ringing into the night. You will find small groups of singers and musicians are commonplace around Lake Toba. Some of them receive thousands and even millions of hits non their YouTube videos.

Should you have the opportunity and interest it is well worth reading more about the remarkable Batak people, their history and their culture.

The video below (Indonesian with English sub-titles) looks at Toba and Samosir Island from the viewpoint of a Batak local. It runs about 13 minutes but we think you will find it both enjoyable and informative (video from Indonesia Bagus – NET TV)

More useful and interesting information for you

North Sumatra is packed with real and authentic places of interest that are only now being discovered by international travelers. That’s why our REAL North Sumatra – Java Tour allocates 9 days and nights to exploring this region. For more descriptions and images from our North Sumatra tour program click the links below. Lake Toba - One of the World's great Natural Wonders

Lake Toba, the world’s largest crater lake, ranks up there with places like the Grand Canyon, Uluru, the Great Barrier Reef, Hainan Bay and the Niagara, Victoria and Angel (Venezuela) falls as one of the great natural attractions … It is big, boisterous, cluttered, crowded, noisy, heavily trafficked and often gritty and untidy – yet Medan is steeped in history from both pre-colonial and colonial times with a remarkable mix of ethnic groups and cultures … 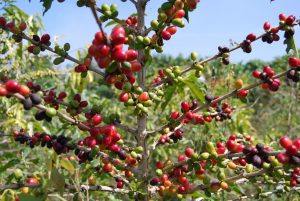 Jakarta - the Capital expats have labelled as "The Big Durian"