CURRENCY – Looking after your money 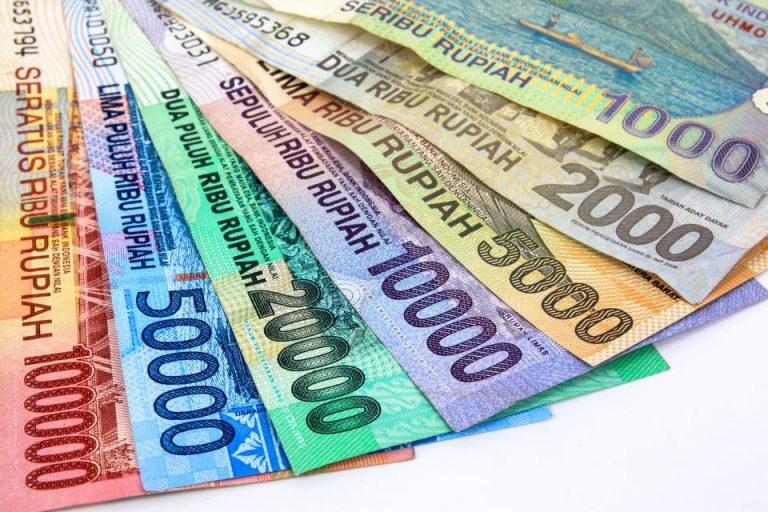 THE BEST, SAFEST AND EASIEST WAYS TO HANDLE YOUR HOLIDAY CASH

You really don’t need wads of cash to travel in Indonesia anymore, or for that matter just about anywhere in South-east Asia .

In fact, in this digital, electronic age of plastic debit and credit cards, travelling with cash can be a dammed nuisance.

But there are commonsense rules to follow and precautions to take to best  manage your holiday money.

ATM CASHPOINTS ARE BY FAR YOUR EASIEST OPTION! We recommend you travel with a prudent MINIMUM of emergency CASH and obtain local currency as needed by using your card at an ATM (automatic teller machine or Cashpoint).

A sizeable proportion of the world’s nine million ATMs have found their way to the foyers of the banks, airports and shopping centers of Indonesian cities, towns and villages where they dispense Indonesia rupiah.

They are digitally linked to the Maestro, Cirrus, Visa Plus, Union Pays and other international networks meaning you can readily withdraw funds from your debit card account at home or obtain advances on your credit cards.

The most widely accepted cards are VISA and Mastercard. Access for cards linked to other gateways like China’s Union Pays system may be limited to the ATMs of particular banks.

Exchange rates for ATM transactions usually are near inter-bank rates and better than money changer rates, but fees will be deducted for using the machine and your home bank will charge a transaction fee.

Overall what you get for your dollar, pound, Euro or Yen is unlikely to be much different to the proceeds from a traditional money changer. But the convenience and safety is well worth the cost.

And you have the benefit of not having to worry about carrying or concealing substantial amounts of cash – just withdraw what you think you will immediately need and top up as you go.

The ATM machines typically give you a choice of instructions in English or Indonesian.

But beware – Indonesian ATMs deliver the funds BEFORE giving you the option of taking your card (in case you want a further transaction).

BE CAREFUL TO TAKE YOUR CARD BEFORE WALKING AWAY!

You pay the same machine administration fee regardless of the amount of your transaction so you will save by drawing the larger limit.

At an early opportunity change some of your Rp100,000 notes to smaller denominations as some vendors (like taxi drivers) may find it difficult to make change if you want to pay with a Rp100,000 note.

You can  make multiple transactions from ATM machines, meaning the amount you can withdraw will be dictated only by the daily limit of your home bank.

Exchange rates - you can expect to be a winner

Since the Asian financial crisis of the later 1990s visitors have enjoyed benefits when converting major foreign currencies to Indonesian money. You can check the current rupiah rates against your home currency with the currency converter above.

(If the arithmetic is too daunting then click HERE to reach the on-line XE Currency Converter – this authoritative and easy-to-use site will allow you to see real-time rates for whatever amounts you enter.)

If your home currency is dollars, British pounds or Euros you will become an instant “millionaire” the moment you convert some of your money to rupiah. Enjoy the moment.

Your Indonesian rupiah really will buy you more than your dollars, pounds or Euros can buy at home at prevailing exchange rates (the economists refer to it as purchasing power parity comparisons), but sadly it will not confer millionaire status in the Western sense.

It’s a good idea to familiarize yourself with a “benchmark” exchange rate so that you can assess relative prices quickly and easily. Otherwise confusion may reign.

For example, as at July 2019, an Indonesian Rp10,000 note was the equivalent of about 72 cents in US dollars and about $AUD1. With a benchmark like this it will be easy for you to quickly calculate equivalent costs in your home currency.

Remember too that in our constantly changing international financial climate you should check CURRENT EXCHANGE RATES for yourself before and during your  travels.

It’s a good idea to let your home bank know in advance that you will be travelling, and the countries in which you may be using your card for cash withdrawals or making purchases.

You also may consider arranging a higher daily withdrawal limit to cover emergencies.

If not notified in advance banks can become suspicious of a sudden flow of transactions from overseas and may block your account while they investigate.

It’s a good idea also to carry more than one card and carry or keep them in different places – then you will still have access to funds if one card is lost or stolen.

Consider also making a list of your credit card numbers and expiry dates together with the access telephone numbers to reach customer support at your home bank from overseas.

Those 1300, 1800 and 888 free-call numbers just won’t work from South-east Asian countries … Oh, and perhaps keep the phones list in a place separate from your cards!

If you purchase goods or services using a credit card in Indonesia (and most of South-east Asia) you will be asked to pay a surcharge (usually up to 3%) to offset the merchant fees.

This is standard practice – if you do not want to pay it then best withdraw the cash you will need before you hit the shops.

You also should check whether merchants accept credit or debit cards before making purchases – many smaller Indonesian traders do not have credit card merchant accounts so their businesses are cash only.

You cannot pay with foreign currencies

The Indonesian currency is the Rupiah and the Government has introduced strict laws and regulations stipulating that all transactions in Indonesia MUST be in the national currency.

Traders cannot and usually will not accept payments in any other currency because they face stiff penalties should they be discovered.

Contracts written in foreign currencies (or foreign languages) can be ruled invalid.

Businesses also are prohibited from advertising prices in currencies other than rupiah, though there is some tolerance in designated areas like the island of Batam which is next door to Singapore – for example resort menus there may show prices in rupiah and Singapore dollars.

Indonesia has decimal currency and the smallest coin in general circulation is a Rp100 denomination (the equivalent of about 1 Australian cent). Other coin denominations are Rp200, Rp500 and Rp1,000.

The Government has announced plans to reform the currency by dropping two zeros from the present denominations.

But the change will involve some far-reaching adjustments and previous deadlines have come and gone – it will happen, but don’t hold your breath. The best places to go to change your holiday money

Unless you are in a remote area, you will have no trouble finding a money changer – it’s a popular business model and they are everywhere in bigger centres, usually run by Indonesian-born Chinese.

Any US$ notes will be scrutinized closely for counterfeits and often serial numbers will be machine checked. Older notes may be rejected and typically you will be offered a lower rate for lower denomination notes.

The rates offered will be below published inter-bank rates but not unduly so and money changers usually are prepared to bargain a little if you are changing a significant amount.

If you want the best deal on rates we recommend you:

AVOID using the money changers at airports or seaports – the rates offered at these venues will not be as good as you will get downtown,

AVOID accepting the rates offered by the smiling folks at your hotel desk – sadly hotels are notorious for skimming both ways when converting money for naive international travellers. Take a few minutes and go change your cash down the road.

AVOID going to a bank to change your money – it will not only be slow, tedious and bureaucratic but the instances on which you will get a better rate than the money changers will be about as frequent as a solar eclipse.

Visitors, particularly in Bali, occasionally complain of being scammed by money changers, claiming they short-change them when counting out large bundles of local currency or convince them to accept unfair rates.

But most money changers now have accurate electronic note-counting machines and experienced travelers check rates on the Internet before going to the money changer – if the rate offered is too low then try somewhere else.

Overall, the private money changers – so much a part of the commercial and travel scene in the countries of Asia – typically provide a good, convenient and reliable service.

Travellers cheques are an out-dated waste of time!

If you opt to use them you will incur extra costs, hassles and inconvenience!

In Indonesia they are unpopular with traders and money changers and often will not be accepted at all.

Even the local banks often don’t want them, and where they do accept them you can expect a discounted exchange rate or extra fees.

For convenience alone we recommend Travelers Cheques be avoided. They are about as useful as an antique typewriter.

HELP US TO SERVE YOU AND OTHERS BETTER

Rules and regulations have a habit of changing and can be confusing. If you see any errors or omissions or become aware of new information then please help us to keep our information accurate. Just drop us an email through our CONTACT page.